I've mentioned previously on the blog about the new Beatles Stereo Digitally Remastered Vinyl LPs that hit the stores in November.

Many "purist" have been complaining that the fact it's a DIGITAL remaster totally defeats the purpose of a vinyl reissue.

Consider, however, that the original analog master tapes are almost 50 years old or more now.  Digitization is the best way to preserve these gems forever.  I think the sound engineers are working with the best technology possible, and are able to archive in 24bit/192khz digitization, which is pretty close to damn near perfect.

keep in mind that vinyl doesn't have the same compression limitization that CD has, and you get a pretty nice representation of the Beatles' music.

I bought a copy of the White Album just before Christmas, and wrapped it up and stuck it under the tree.  Opened it up on Christmas day and looked at Record One, Side One.  Pretty good.  Threw it on my turntable and nice.

About a week later, I took a look at record one, side two.  Holy crap!  No WAY I did this!!!!!  Looked like somebody dropped something right on top of the record.  Have a look at the photos: 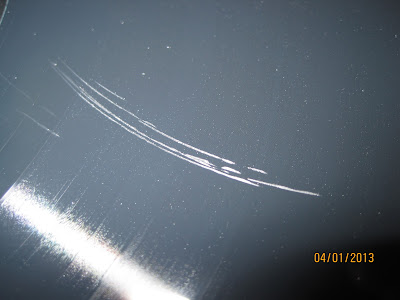 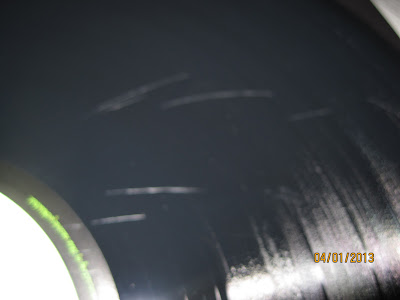 Ouch!!!!  In all the years I've been purchasing and/or collecting records, never have I seen ANYTHING like this!!

Go on Amazon.com and see the number of customer complaints re: this reissue.

Posted by Meester Music at 1:31 PM 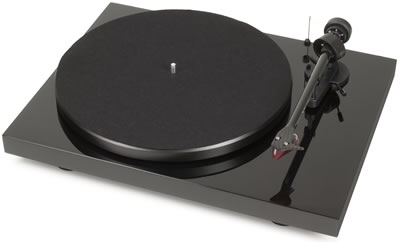